Sorry if there are not too many news at present. Because of some personal reasons we took a little break for a few weeks and now just started writing songs for the next album. So far we have ideas  and riffs for four numbers and we are working on the arrangements at present. Of course we are also preparing a setlist for the Börsencrash Festival 2016.
Check out and share the flyer! 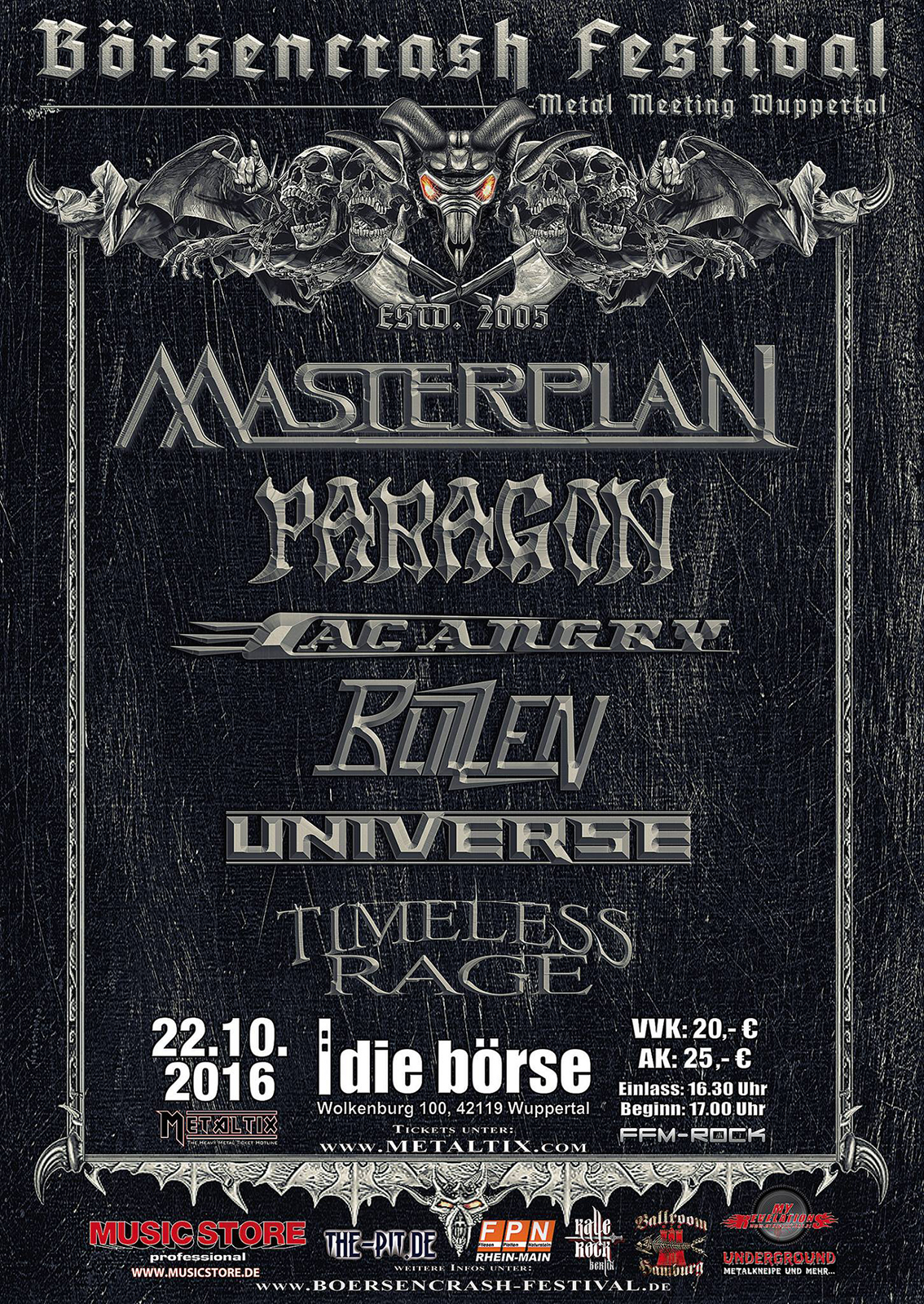